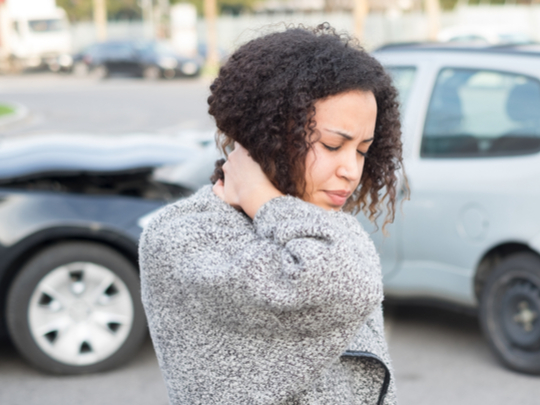 The Ministry of Justice (MoJ) has confirmed that the reforms, which will be implemented once the Civil Liability Bill is passed, will be delayed by one year, as the government body needs more time to address concerns about access to justice.

This is both good and bad news. On the one hand, it gives the industry, as well as everyday people, more time to voice concerns about how catastrophic these reforms will be, hopefully making a difference to the overall outcome of these new laws.

On the other less hopeful hand though, it seems pretty certain that these reforms will go ahead, in some way or another.

Originally, the Government wanted to implement the changes by April 2019. Large-scale testing will now take place, it has said, with the view to implementing measures in full in April 2020.

As mentioned, it sounds pretty certain that some big changes to personal injury laws will occur, but in what precise form, we don’t yet know.

Many commentators are suggesting that there is little to indicate that, at this point in time, MPs are interested in watering-down the contents of the Bill, so there is still very much a desire for these dramatic changes to go ahead, as to be explained in more detail below.

Tell Me More - What Are These Reforms And ‘The Civil Liability Bill’ All About?

The three most shocking changes to personal injury law proposed under the Civil Liability Bill include:

It’s also recently emerged that the Government has decided it may want to exclude claims made by cyclists, motorcyclists, pedestrians and equestrians from the aforementioned proposals about the claims limits. These individuals may be exempt from the changes meaning it is easier for them to get legal representation or more in compensation than someone in a car, for example.

Basically, we guess the Government is presuming that those sitting in cars should have less legal rights of representation and receive less in compensation for the same injury than another types of road user - a huge generalisation and one that doesn’t really make much sense at all, in our opinion

Why Is All This Happening?

A number of reasons have been stated and all of them are a bit ridiculous, according to just about everyone in the legal field.

For more information, read our articles.

Why Should We Be Upset?

Because we live in a fair and just democratic society wherein everybody should have access to justice. If you implement laws that will make it difficult for the average person to gain legal advice and representation, that society has just got a little bit less fair, a whole lot more unjust and is actually not so democratic after all.

Don’t Agree? This Is What You Can Do About It

Now is the time to make a huge fuss.

It doesn’t matter who you are - a professional in the personal injury or legal field or an average citizen. This proposed set of laws will affect everybody!

Just imagine if you, your son, daughter or another loved one was injured in an accident, at no fault. You are unable to work so lose money, your car is written off and your insurance premiums hiked up until/unless the claim is resolved and you are found not at fault.

However, the other driver is disputing liability, or saying they don’t think you would have been injured, and their motor insurer believes them over you. After all, they are their customer and the insurers job is to help them. The insurer rejects your claim – what can you do? Are you going to pay for a medical report which you need to claim for injury (a basic GP report currently costs £216)? Do you know what investigations to make to gather evidence to support your claim? Do you know what small details to look for that could tip the evidence in your favour? Do you know what case law to look for to support your arguments? Do you know the law and the legal process? Are you prepared to issue court proceedings and pay up to several hundred pounds to do so? Are you prepared to go to court and pay further court fees for the right to do so? Are you going to represent yourself at trial against a barrister instructed by the motor insurer or are you again going to spend several hundred pounds to get a barrister to help you at court? …and all for what? A significantly reduced amount of compensation that may not exceed the amount you have had to pay out physically, and in time, to prove you weren’t at fault or were injured. This is why people instruct trained specialist solicitors and this is to be taken away from the vast majority of people claiming whiplash at the very least.

The best thing to do right now is to spread the word about the Civil Liability Bill and do everything in your power to express your objections. You can:

With the delays now in place, it’s the perfect time to band together, as an industry and as a society, to stop these reforms from happening, or at least to reduce the catastrophic impact they will have on us all, if they go ahead as planned by our Government. The Government that is supposed to protect us.

If you have a legal matter you wish to discuss don’t hesitate to get in touch. You can call us on 0345 373 3737 or email us hello@gw.legall with your question.