The Civil Liability Bill: How Will It Affect My Right To Claim? 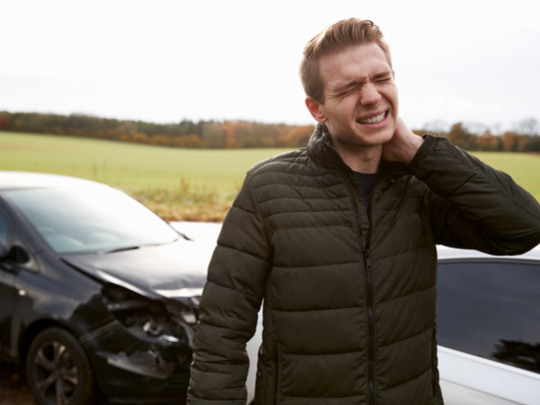 You may remember a lot of talk (and outcry!) last year about the proposed 'whiplash ban'.

To recap, the Government want to limit our right to claim compensation if we are involved in an accident that isn’t our fault and, as a result, incur a soft tissue injury such as whiplash.

Currently, if you experience whiplash or another soft tissue injury from a car crash that isn’t your fault, you can enlist the expertise of a personal injury solicitor, who will help you to claim what you deserve to recover (note - whiplash can affect your ability to work, sleep, look after loved ones and maintain your usual quality of life).

This could soon be a thing of the past

The Government has been considering plans to raise the small claims limit for personal injury compensation from £1000 to £5000 for road traffic accident whiplash claims and also introduce a tariff system for valuing whiplash claims at significantly less than what the courts currently consider appropriate. The likely outcomes from this are:

To give you an example, it is not uncommon for a court to award in the region of £2,500 for a 6 month standard whiplash injury, whether it arose from a car accident, a fall, an accidents at work or something else. Under the government proposals, simply because it was a road traffic accident that caused the whiplash you would receive just £450.00.

By raising the limit on small claims from £1k to £5k, your right to claim adequate compensation for a whole host of injuries – from broken bones to damage caused by whiplash – could be denied or made much more difficult.

So what's the latest?

The proposed reforms (the ‘Civil Liability Bill’) have been the topic of ongoing debate in parliament.

While the Government stands by its stance (and basically seem to believe that whiplash doesn’t exist!), the Labour and Liberal Democrat parties have questioned the proposed changes to personal injury compensation laws.

Members of the opposition have argued that there is little evidence to support the proposed changes to the bill.

In April, Labour justice spokesman Lord Beecham said: “The question arises: why should comparable injuries not attract comparable awards, and comparable recovery of the cost of a claim, whether they are incurred in a road traffic accident or any other accident for which a defendant is deemed liable?”

“The [new] system is entirely based on the timescale, and not the severity, of the pain and suffering endured,” he said.

“These replace, for road traffic cases, payments which the MoJ – without adducing any evidence – regards as ‘out of all proportion’ to the level of injury suffered.”

More or less, the opposition members have argued that the reforms don’t make a whole lot of sense are not based on logic or evidence!

Instead, the Government is pre-deciding what a personal injury is and isn’t and has decided that whiplash does not fall into this category.

And the big deal is…?

The main issues of the Civil Liability Bill is that it proposed to remove people’s right to claim compensation for certain injuries.

Without outright saying so, it suggests that whiplash isn’t a real condition.

This simply is not the truth.

Whiplash can have a real impact and affect your day-to-day life for weeks, months or even years.

Why shouldn’t you receive reasonable compensation for this, if you are involved in an a road traffic accident, at no fault of your own?

What is the outcome?

There isn’t one yet! The parliament has yet to reach a decision and the bill will be taken to committee for further deliberations soon.

In the meantime, you can protest against the bill by sharing content posted by Access to Justice on your social media channels.

You can also write to your local MP.

How Can I Claim For a Road Traffic Accident?

Find out how to make a claim road traffic accident here.

If you have a legal matter you wish to discuss don’t hesitate to get in touch. You can call us on 0345 373 3737 or email us hello@gw.legal with your question.