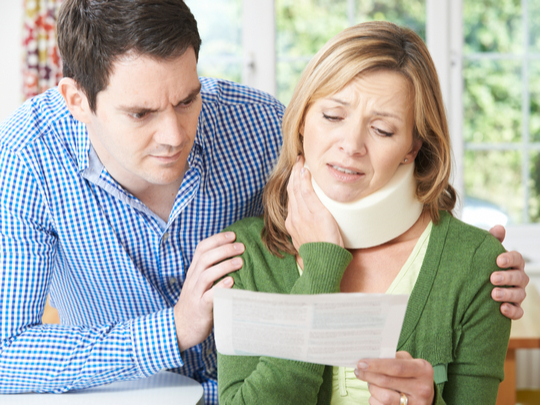 There has been some good news for the personal injury sector.

The Ministry of Justice (MoJ) has confirmed the government will delay its whiplash reform measures, which it has been working on for a number of years, from 1 April 2019 to April 2020. The news was delivered in an MoJ response to the Justice Select Committee’s report on Small Claims Limit for Personal Injury.

What this means is that justice has, at least temporarily, been upheld for those who are injured in smaller accidents. If you suffer from whiplash (or even other more minor injuries such as broken bones), you will still be able to claim adequate compensation and have a personal injury lawyer fight for your rights in court, if necessary.

To recap, the Government want to limit our right to claim compensation if we are involved in an accident that isn’t our fault and, as a result, incur a soft tissue injury such as whiplash.

Currently, if you experience whiplash or another soft tissue injury from a car crash that isn’t your fault, you can enlist the expertise of a personal injury solicitor, who will help you to claim what you deserve to recover (note - whiplash can affect your ability to work, sleep, look after loved ones and maintain your usual quality of life).

This could soon be a thing of the past.

To give you an example, it is not uncommon for a court to award in the region of £2,500 for a 6 month standard whiplash injury, whether it arose from a car accident, a fall, an accident at work or something else. Under the government proposals, simply because it was a personal injury that caused the whiplash you would receive just £450.00.

By raising the limit on small claims from £1k to £5k, your right to claim adequate compensation for a whole host of injuries – from broken bones to damage caused by whiplash – could be denied or made much more difficult.

What’s going on with the Bill right now?

Whether or not this controversial (and, in our opinion, extremely unfair and unjust) Bill will be approved is unclear. We can rest assured, however, that it is going to be some time before a decision is made and the law is changed. Our fingers will remained crossed for a positive result.

The risk to cyclists and pedestrians

MPs have also warned that the proposed law change aimed at clamping down on whiplash claims will actually make it harder for vulnerable groups, such as pedestrians, horse riders and cyclists, to access legal compensation. These more vulnerable road users, who can of course be involved in terrible accidents, will have their right to fair compensation taken away.

It is clear, to all, except our Government, that the proposed Bill is just not fair or just, to anyone. The insurance companies will be laughing their way straight to the bank!

What can I do?

There are a number of ways you can voice your concerns about the bill and raise general awareness, including:

We must all band together to fight for our rights to fair and just compensation!

If you have a legal matter you wish to discuss don’t hesitate to get in touch. You can call us on 0345 373 3737 or email us hello@gw.legall with your question.