You Won't BELIEVE What This Man Did To His Home 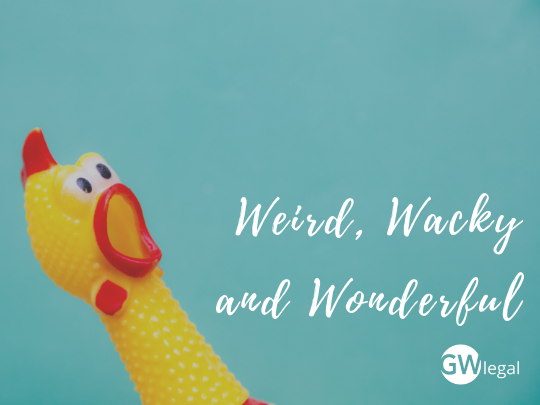 It’s the homeowner’s worst nightmare - waking up one morning, to find your property vandalised by a graffiti artist - right?

Well, for one steelworker from the small Welsh industrial town of Port Talbot, this exact experience was to the contrary “life-changing”.

Ian Lewis woke up one morning in December of last year to find his garage had overnight been decorated with street artwork - the image depicting a small child with his mouth open, seemingly collecting snowflakes on his tongue, which are actually bits of ash from the adjacently painted bin fire.

The mural - no doubt alluding to Port Talbot’s industrial background, its opportunities for young people, and high levels of child poverty - turned out to be the work of the world’s most famous (or infamous) anonymous street artist, Banksy.

Mr Lewis, who was of course stunned by the course of events, spent the following weeks over the Christmas period managing the town’s new art attraction, erecting barriers around the artwork, and providing security. Last month, the artwork entitled ‘Season’s Greetings’ was sold privately to Essex-based gallery owner John Brandler for an undisclosed six-figure sum. Mr Lewis described the sale as "a weight off my shoulders". We can certainly see why!

The case of Mr Lewis and his very fortunately-located garage got us thinking about other interesting homes, and interesting things to have in your home, around the UK. Here are some other unique property examples we’ve come across…

Surely one of the most unique homes in the country, ‘the shark house’ in Oxford quite literally has a giant, 25ft fibre glass great white shark sticking out of its roof. Built by Michael Heseltine in the ‘80s and now a beloved Oxford icon and tourist attraction, the house is currently being assessed for national listing with English Heritage. The shark, for those no doubt curious about its beginnings, was originally created by sculptor John Buckley as a protest against the American bombing of Libya. Check out The Shark House Oxford on TripAdvisor - you can even stay there for the night!

Back in the 18th century, those fortunate enough to travel abroad to the Indies and America, would bring back exotic fruit to brag about their adventures - and that is supposedly how Dunmore’s ‘pineapple house’ in Scotland was born. As the story goes, the fourth Earl of Dunmore was such a fun of the exotic fruit following his travels abroad that he had his traditional summerhouse extended with a giant pineapple erected as the main feature. Good news - if you love pineapples just as much as the Earl, you can rent the house from the Landmark Trust for your next holiday.

The House in the Clouds

Just as the name suggests, this very whimsical home in Thorpeness, Suffolk is built upon a huge structure so it sits high up in the sky. The house started its life in 1923 as the village water tower, but was considered very ugly, so was later disguised as a house. The cottage has five bedrooms and three bathrooms; it’s super dreamy; and can also be rented out as holiday accommodation.

A very curious little house sits in a peculiar location near the northern entrance of Stanton Drew village, Somerset - a white thatched, fifteenth-century cottage on a small triangular traffic island at a T-junction. The Grade II listed gothic style structure has even been occupied up until 2012. These days it remains a popular tourist attraction.

This spectacular property in Wraysbury, Berkshire is the furthest thing from modest we can think of - it’s inspired by the Italian renaissance, includes a moat, folly and “his and hers” thrones and is highlighted by a sunken garden surrounded by a recreation of a ruined abbey. Talk about fairy tale! See pictures here.

Blink and you’ll miss it. Well, walk by and you’ll miss it, really! This uber unique property in the capital is built underground. Costing a cool £4.5million, this super cool home has three bedrooms, a fully equipped gym and even a cinema room, all below the earth. Langtry House is no longer on the market, but you still view the listing.