Will you protect your children? 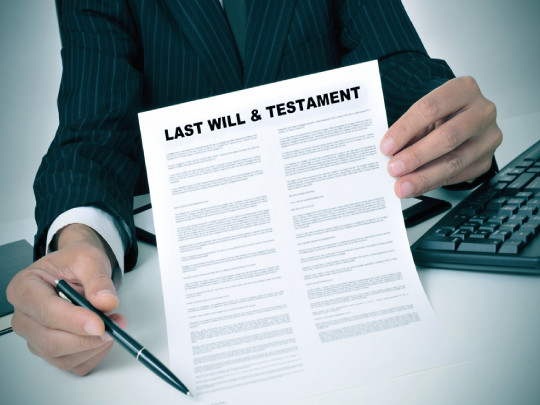 Recent research conducted by Which revealed that 75% of parents with children under 10 haven’t made a Will. Head of Wills and Probate, Linda Cummins explains the risks that parents are running by neglecting to write a Will.

“It’s understandable that new parents especially, preoccupied with the care of infants and adjusting to a new life, rarely see writing a Will as a priority. However this survey looks at the parents of children under the age of 10 so you could argue there’s surely been an opportunity in that time to make a Will!

“I think that Will writing is seen as the preserve of the elderly, rather than the responsible act of a parent of young children. Without a Will in place it would be the courts who would decide who would become the children’s legal guardians in the event of both their parents death. That’s why I would always maintain that ensuring you make a Will is a fundamental part of being a responsible parent, after all your children are the most precious thing you have.

“As a parent I have clear views on who I would want to be guardians of my children in the event that I was unable to bring them up myself. I certainly wouldn’t want to leave it to a court to decide.

“Alongside that very important issue there are also of course other significant considerations involving money that parents of young children should consider when Will writing. In the absence of a Will you will be deemed to have died intestate and there are strict rules regarding who inherits in these circumstances. If you are married with children and die without making a Will, then your assets up to the value of £250,000 with any personal possessions go to your spouse or civil partner. Any assets above that limit are split between your spouse and children, with half to your spouse and half equally between your children. If you are unmarried or cohabiting with children and die without making a Will then your partner receives nothing and any children / grandchildren get everything.

“The application of those ‘rules’ may not leave the best situation for the care of your children in the event of your death. A Will gives you a greater measure of control on the financial provision for your children after your death as well as determining who will take over the parenting. For these reasons I urge all parents with young children to make a Will!”