When Is The Right Time To Buy A Property In London? 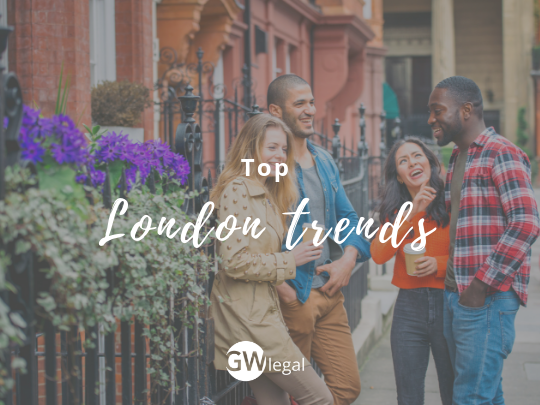 Whether you love or hate London, there is no denying that owning a property in the capital is the dream for many. Is it achievable in 2019? Here are the three top property trends LDN is facing at the moment…

Usually, when anything regarding property in the UK’s most buzzing city is discussed, we hear time in time out about how expensive everything is. This may still be true, but property prices in the capital are actually falling. Since July of last year, when London property prices capped out, the price of property has been slowly declining. The average home is now £15,600 cheaper than it was 18 months ago. Luxury properties in the inner core of the capital have been hardest hit, with some areas experiencing drops of 25%.

A number of factors have been associated with the property price drop including: Brexit and the country’s current atmosphere of political uncertainty; increases in the cost of stamp duty and land tax: and London’s lack of affordability in general.

As a result, many vendors wanting to sell a property in London are holding back, hoping that political uncertainty will subside later in the year, and prices will again be on the rise.

There are still plenty of properties on the market however, so it could be a better time than ever to buy, especially for first-time buyers. Prices have dropped below £600K for the first time since 2015 - which could be fantastic timing for those after a bargain, by Capital standards.

While it may be a good time to buy in London, as per usual, those renting in the capital are not so fortunate. Some landlords are raising the price of their rentals, to cover new costs due to buy-to-let regulation changes, causing rents to rise.

However, with Brexit looming and the possibility of less migrants coming to London (where they usually rent), slowly is a key term here. In fact, it may actually be a good time for tenants to lock in a lower priced rental contract, as landlords fear their properties may not be filled later in the year. After all, 40% of renters in London are made up of EU nationals.

With rental stock also down 22% compared with January of last year, landlords may also be advised to start diversifying their property holdings to cities and towns outside of the Greater London area.

Millenials are moving away

Millennials (most consider those born between the 1980s and mid-1990s to fit into this category) are now leaving London at the highest rate in more than a decade! Around £30 billion worth of property has been bought by Londoners outside of the capital in recent times.

Manchester, Leeds and Birmingham are among the cities millennials are relocating to, in search of more affordable lifestyles, larger and better properties and more relaxed living for growing families.

This particular trend has been fantastic for the UK’s property market as a whole, which has now livened nationwide. In Birmingham, for example, house prices are rising twice as fast as the national average. It would seem that the time to buy is - right now!