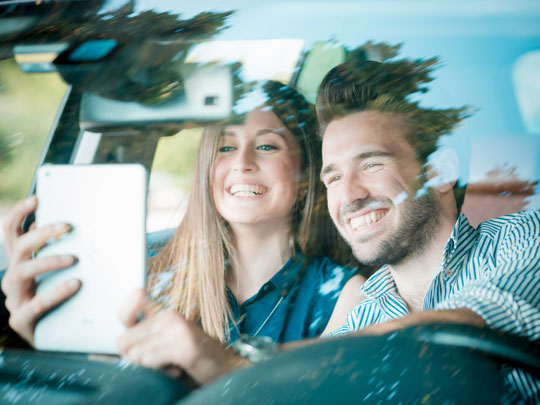 A survey by car manufacturer Ford has revealed that 33 per cent of young British drivers have taken a selfie whilst behind the wheel, despite understanding the obvious dangers and risk of causing a road traffic accident.

The survey also revealed that one in four 18-24-year-olds had updated their status on social media whilst driving.

According to Ford taking a selfie would distract a driver for up to 14 seconds and checking the likes of Facebook would divert a driver’s attention for up to 20 seconds in which time a car travelling at 60mph would have travelled the length of six football pitches.

“I think the most worrying part of this survey is the fact that nearly all the drivers questioned agreed such activities were dangerous yet this is not enough to prevent them from using their phone whilst driving.

“Figures suggest you are four times more likely to be involved in a road accident if you are using a phone. Add this to the inexperience of young drivers and it doesn’t paint a very pretty picture.”