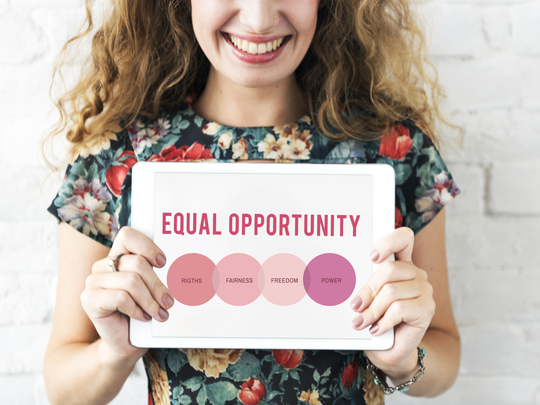 The law has sought to enforce equal pay between men and women for more than 40 years in the UK. But still, all evidence suggests that pay inequality still very much exists. Currently, British women are paid 13.9% less, on average, than their male counterparts. In this International Women’s Day edition of Everyday Legal, our legal experts explain the steps you can take if you believe you are being paid unfairly due to your gender.

The law – what does it say?


The Equity Act 2010 contains the provisions regarding equal pay in the UK.

According to this Act, men and women are entitled to equal pay and conditions if they are:

• Like work (work that is the same or broadly similar)

• Work of equal value (that is, work that requires similar effort, skill and decision-making)

You should also have equality in the workplace in terms of:

Under this law, it is possible to bring a claim up to six months after leaving a job.


The law in practice - Does pay equality exist?


While no doubt things have improved dramatically for women in the workplace since the first pay equality legislation was introduced in the UK some 50 years ago, there is still much to be done to tackle gender inequality at work.

The latest figures suggest average pay for full-time female employees is still 13.9% lower than that earned by full-time male employee. If you work part-time, it’s 18.1%.

The pay gap widens the more you earn.

The aforementioned figures are calculated according to hourly pay, not annual salary.


Why does a pay gap exist?


Many reasons are suggested*, such as…

• Women go on maternity leave, so are deemed less ‘profitable’ than men

• It’s habitual – even little boys are, on average, awarded more pocket money than girls of the same age

• Managers hold an unconscious bias in favour of hiring and/or promoting men over women; or social conditioning teaches women not to ask for them

• Education and career advice bias which, for instance, can lead to more women opting for careers that are traditionally paid less.

*Suggestions made my various commentators on the issue.


How can you find out if you are being paid fairly?


• Use an online salary calculator

• Ask your colleagues (although they don’t have to tell you)


What should I do if I think I am being paid unfairly due to my gender?


If you think you are not receiving equal pay, you can:

• Talk or write to your employer and/or HR department. You can ask them to explain any differences between your salary and your colleagues

• If you are unable to resolve the issue informally or through a grievance procedure, you can complain to an employment tribunal under the Equality Act 2010, while still working in the job or up to six months after leaving the employment to which your claim relates


What happens at the employment tribunal?


You must identify a person or persons, the "comparator/s", who is the opposite sex to you, doing equal work in the same employment and who is earning a higher salary than you (although you don’t have to work exactly the same job, just provide the same value and level of skill). The comparator can also have previously done your job before you took over it, or they can be the successor to your job.

Your claim will be judged by the tribunal and an independent expert on the basis of how similar you and the comparator’s work is and if there are any significant differences in your responsibilities that could affect the overall pay. "Pay" in this context means not just your basic salary, but also contractual terms and conditions such as pension, sick pay, holiday pay, performance pay and overtime.

You can provide more than one comparator if you want to in order to back up your claim, but make sure you put all of them forward when you make your initial claim, as once the tribunal has started working on your case, it’s much harder to add more comparators.

Although the employer can try to defend a claim by arguing that the reason for the difference in pay is based on something other than gender or ethnic origin, such as market forces, discrimination legislation now makes it easier to bring successful pay claims in the case of sex discrimination.

The employer must prove that a pay regime is not discriminatory, rather than request that the employee prove that it is.

The bottom line is this – if you are not being paid equally, your employer is breaking the law and you should be entitled to the lost earnings, a maximum of six years.