It’s tough climbing every step of the property ladder! 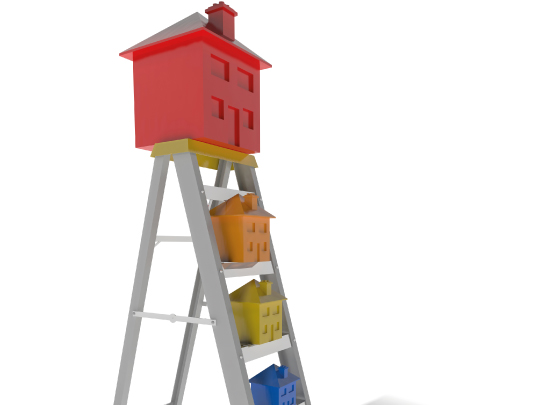 Recent figures released by the Nationwide Building Society revealed that first time buyers in London face an impossible situation with first time buyer homes now costing 9.4 times the average salary. Those that can step on to the property ladder spend two-thirds of their wages on their mortgage repayments.

It doesn’t get any easier for homeowners looking to step up the property ladder either. Research has shown that 34% of homeowners who want to move up the property ladder say they would find it difficult to take that next step. When looking at the reasons why taking that next step would be difficult 47% say house prices are so high that they can’t afford to move currently whilst 43% say that they can’t afford the moving costs which is unsurprising as they estimate they’d need to save an average of £10,549 to cover moving costs.

“It’s tough whichever step you’re trying to take on the property ladder, whether you’re a first time buyer or selling a property and looking to make a new property purchase. The combination of rapidly increasing house prices in many parts of the country coupled with rigorous new lending rules that were brought in under the Mortgage Market Review have made it harder to find a suitably priced property in the first place and then to secure a mortgage so that buying a house can become a reality.“