Investing In Property Near A Good School 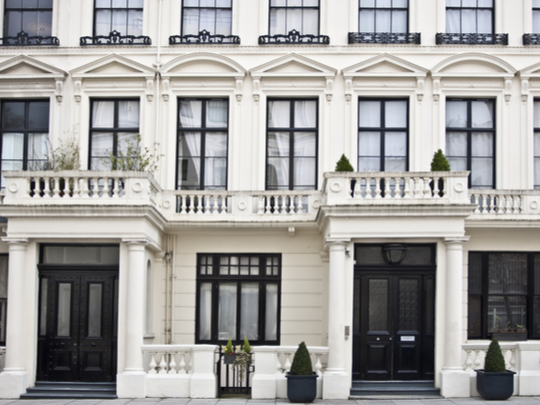 Wealthy parents from the likes of Asia, Russia and India are snapping up billions of pounds worth of property in London, so their children can attend top schools and universities in the capital, according to the latest research.

Over the past year, foreigners have bought about £2bn of property in the UK’s biggest city, in order to get their kids into private education.

The majority of property buyers come from China and Hong Kong, followed by those from Singapore, India and Russia.

These stats come from high-end estate agent Knight Frank, who said that buyers have purchased 2,162 properties valued at a combined £2bnin the year to the end of May, up from £1.65bn in the previous year.

Liam Bailey, Knight Frank’s head of research, said the properties – which had an average value of £925,000 – were bought to be used as a base while the owners’ children were at schools such as Eton, Westminster and Harrow, or universities in or near the capital.

Knight Frank have detailed an example of this new type of student-living.

According to the agency, an 18-year-old Chinese woman recently moved into a £5m two-bedroom flat in the very heart of London, in the refurbished Centre Point Building, which will be her base while studying at University College London.

Panoramic views from the bedroom stretching from the Royal Albert Hall to Wembley Stadium, as well as impressive communal facilities including a 30m swimming pool, gym, sauna, spa and private cinema, are just some of the perks of living in the flash 117 square metre apartment.

While this may sound like a surprising case study, the agency said such arrangements are becoming more and more common as wealthy foreign parents want their children to live in safe locations (the aforementioned has a 24-hour concierge, key card access and security cameras in every lobby, for instance) close to their studies in the city centre.

According to the research, other academic centres such as Oxford, Cambridge, Durham and Leeds are also enjoying a surge in property activity, as parents move their kids to desirable inner-city locations.

Move aside shared flats and student halls, we say!

Sadly, we are not all loaded with cash, so spending a million pounds or more on an inner-city flat isn’t always an option.

As such, the property market is also witnessing another back-to-school related trend.

We are seeing more and more families move out of the big cities and into the suburbs, so the children can be in desirable catchment areas for schools, both primary and secondary. As the family grows, a desire to upsize without breaking the bank is also a reason behind this trend.

Nottingham - the place to be

One area in particular that is attracting more Londoners than ever is the Nottinghamshire area.

Official figures show more Londoners have moved to live in Nottinghamshire than the other way round for the first time in five years. New data from the Office for National Statistics showed 5,790 people left London to move to Nottinghamshire last year - while 5,750 people moved from the county to London.

Improving schools, good job opportunities and a better quality of life, especially for families, are said to be the reason behind the growing trend.

Overall London is losing more people than ever, suffering a net loss of 106,620 people to other parts of the UK in 2017 - which indicates that while London may have great schools, it is becoming too expensive and difficult for many to live in.

How can GWlegal help?

The team of expert lawyers at GWlegal have more than 30 years’ experience in conveyancing and property matters. We can help first-time buyers or seasoned property investors with whatever property enquiry you may have. We also offer a specialised service called 'First Moments' for first-time home buyers, full of added perks, such as an IKEA or Amazon voucher upon completion.

Why are we the best conveyancing solicitors for you?