How will the general election result effect your GW legal services? 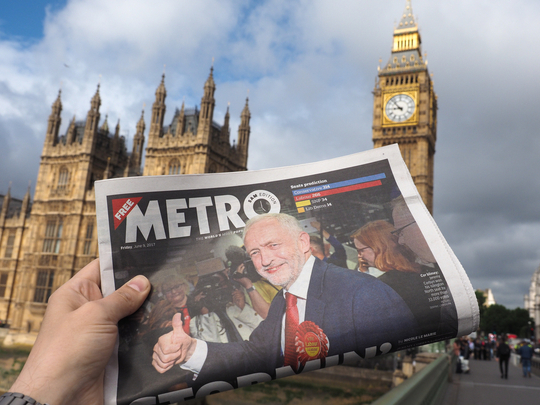 The political climate is uncertain, with neither the Conservatives nor Labour reaching a majority government in the recent election. Here we explain how the election 2017 result could affect your everyday legal services - whether that is buying or selling a property, lodging a personal injury claim or making a financial claim.


What the general election result means for the UK housing market

You’re probably wondering if the uncertain election result will affect you.

Goldsmith Williams asked its colleagues in the property field what they thought on social media.

When asked: ‘What do you think the hung parliament and election result will mean for the property market?’ they answered:

For the moment, most agree that the property activity in the UK is likely to halt. Those who were considering putting their homes up for sale, or starting to look at what is on offer, will probably decide to wait until the political situation is less uncertain.

However, other reports have suggested that house prices have in fact risen in the past month. While things are not as stable in London, the North of the country is experiencing a boom which is propping up the entire market. As for laws and regulations that could have an impact going forward, we will all just have to wait and see.

What all this suggests is that there is no real reason to be alarmed. It is unlikely that there will be any major, long-term impact of the election on the housing market.

The most important thing, as always, is to enlist the assistance of an experienced team of property professionals if you are thinking of carrying out a property transaction, including a solicitor who can help ensure the often stressful conveyancing process runs as smoothly as possible.


What the general election result means for personal injury claims?

Prior to the election, the Government was eager to pass the Prison and Courts Bill.

The bill, most notably, aimed to more or less ‘ban’ (or at least cap) claims for whiplash.

The proposal aimed to increase the small claims limit for road traffic accident-related claims to £5,000 and £2,000 for all other personal injury. These measures were, according to the Government, designed to crackdown on fraudulent claims. However, most in the legal industry concurred that such a reform would stop genuine victims from accessing the justice they deserve, while putting pennies into the pocket of insurance companies.

But there’s good news! Following the election, passing the bill has been put on hold by parliament until further notice.

Clearly, it is uncertain whether the reforms will go ahead as proposed.

If you are injured in an accident at no fault of your own, our advice would be to get in touch with an experienced PI solicitor as soon as possible to lodge your claim.


Will the general election result impact your right to make a financial claim if you have been wronged?

Goldsmith Williams’ team of financial claims experts, headed up by solicitor Paul Cahill, encourages anyone who suspects they might be able to claim back money to get in touch sooner rather than later.

The deadline to claim for mis-sold PPI is 29 August 2019. While millions of people have already been compensated with banks setting aside more than 340bn to cover payouts, it is believed there are still many more that are yet to come forward. You must do so before the deadline.

• Housing disrepair if you are/have been a rental tenant

Given no one knows how laws could change going forward, it is best to make a claim right now!