Brexit – A good or bad thing for the legal sector? 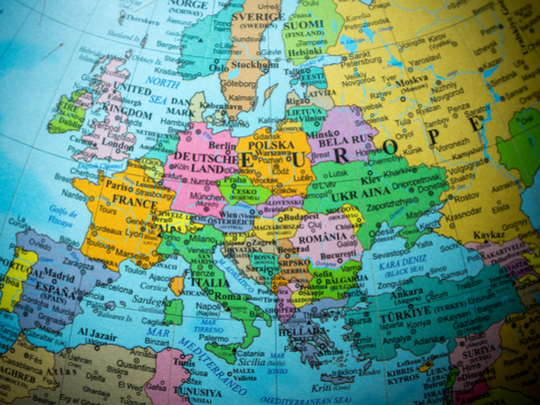 A hard Brexit could seriously harm the legal services industry, The Law Society has warned.

The country’s legal industry is thriving – yearly, it is worth more than £25.7 billion to the UK economy; it employs

However, the Society is concerned that abandoning the EU could upset the sector’s success.

Due to EU-wide arrangements in the sector, many English and Welsh firms are thriving across Europe. Similarly, many EU firms are operating successfully in London.

As a result, disputes can be settled more easily, benefiting businesses, individuals and firms.

A hard Brexit could see the Government “commit an act of self-harm and unravel our economy”, the Law Society has said.

Key factors the Government must consider include: recognition and enforecement of judgements; maintaining legal certainty throughout the Brexit process; and cross-border practice rights.

How could Brexit impact services at GW?

Many personal injury laws are based on acts from the EU.

A good example is health and safety – the European Framework Directive on Health and Safety at Work was adopted in the UK in 1989, and was largely responsible for ensuring UK citizens would be protected at work. Furthermore, there are laws which protect EU citizens, regardless of which EU country they are working in.

Will Brexit change things? Not immediately, no. However, it is possible the government will pass new laws that will revoke old European laws.

As we’ve already seen, the Government is not so fond of PI compensation and is already trying to limit the amount that can be claimed if, for instance, you suffer whiplash in a car accident.

It will be important for legal professionals and ordinary members of the public to place pressure on the Government not to limit UK citizens’ legal right to claim compensation if injured.

Buyers and sellers are likely to remain cautious until the current and post-Brexit landscape is more certain. As such, we could see dips in the market. Reports already suggest this is the case in London.

However, as with the PI industry, the impact of Brexit on market confidence and the laws and regulations surrounding it are yet to be seen.

It is more important than ever to enlist the assistance of a great team of industry professionals – from mortgage advisors to property solicitors – to ensure any transaction you carry out (whether it’s buying your first home or becoming a landlord) is advantageous to you and within the law.

Fortunately, the mortgage market appears unmoved by the prospect of Brexit, as lenders’ interest rates continue to fall.

Again, it is a matter of waiting and seeing what direction the new government will take following Brexit.

If you think you could be entitled to compensation due to dodgy dealings with a bank or lender for instance, it would be in your best interest to get in touch with an experienced financial claims solicitor sooner rather than later.