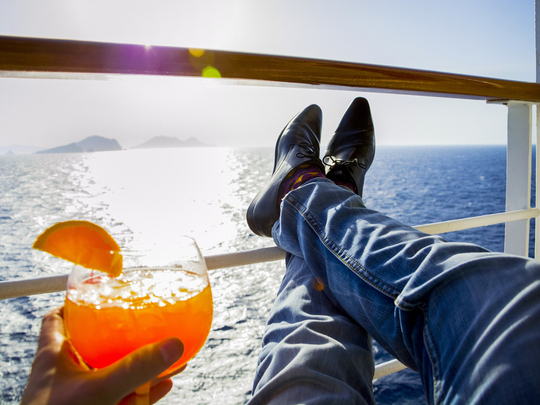 Unhappy with your bank?

The English television presenter and DJ has demanded £73m in compensation from Lloyds Banking Group, claiming the bank’s fraudulent activities led to the destruction of his business empire as well as public humiliation and damage to his reputation.

In a letter to the Lloyds chief executive, lawyers for the TV celebrity allege that he “suffered immense economic loss as well as (to put it very mildly) ‘distress and inconvenience’ at the hands of your bank as a direct result of the actions” of the individuals involved in the fraud at the bank’s HBOS Reading branch.

What happened in Berkshire?

Partying on superyachts and sex parties were among the activities employees were spending the fraudulent proceeds on, a jury heard.

These activities were funded by the high consultancy fees resulting from inappropriate loans given to businesses, it was told to the court.

Businesses the bank had lent money to were destroyed in the meantime.

Six people were jailed for the crime in February.

What is Edmonds claiming?

The biggest part of the claim is £50m to cover the losses he incurred when his business, Unique Group, collapsed.

Edmonds says the bankers’ actions destroyed the entertainment firm and robbed him of future growth.

“While expecting to receive more than £70 million in compensation might be a little extreme, this case certainly proves that there is no stigma in fighting your bank if they have wronged you.

“There is just no excuse for people losing their hard-earned money, whether that’s due to banks providing poor advice, mis-selling products or even (as in Noel’s case) alleged fraud.

“The best thing to do if you suspect your bank may have wronged you, is to get in touch with an experienced financial claims solicitor who can look into the issue in detail for you and, if necessary, put up a fight to get you back the funds that are rightfully yours.”