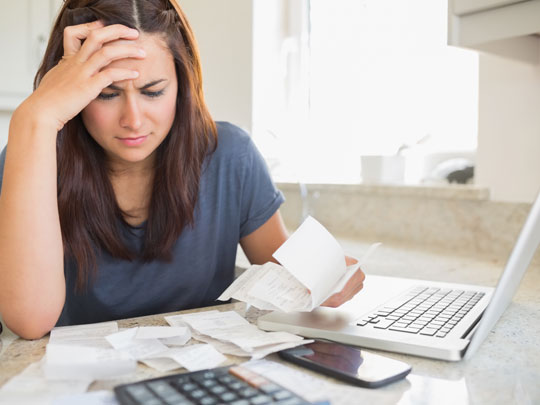 January is a time for organisation, for taking charge of your life and making some changes, from the traditional New Year resolutions of stopping smoking, eating healthily, doing more exercise to the more personal aims and ambitions (mine are to learn how to sew and knit!). It is also a good time of year to get your finances in order no matter how scary the post Christmas bills may appear.

The good news is there could be many circumstances where you are in fact owed money. This money could go a long way to helping you repay any post-Christmas debts and Everyday Legal is here to explain how you go about it.

Hard to believe the payment protection insurance mis selling scandal is still going on but that just demonstrates the magnitude of the situation. It has now become clear that lenders may have wrongly rejected or underpaid on up to 2.5million claims. As a result the FCA has ordered banks to reopen these claims.

A BBC investigation has also found that lenders have been failing to correctly refund additional charges which were triggered by the premiums of the mis sold PPI policies. This means many people who have already received compensation could be owed more money. And we’re not just talking about a couple of quid:

One MBNA card holder received £5,800 in PPI compensation. However MBNA failed to include the fees and charges the customer had incurred which meant that the total compensation should have been over £13,000.

Packaged bank accounts can be of great use to some people. For a set monthly fee, the customer can benefit from having a bundle of different insurances such as mobile phone and travel insurance. Quite often though a customer will already have this type of insurance in place and, as these packaged accounts are off-the-shelf rather than tailored to each individual, the customer is left paying for insurance they do not need.

However the real problem once again lies with how it was sold, or mis sold! Examples of mis selling include:

According to the BBC one in five packaged bank accounts may have been mis sold and, while they may appear somewhat small monthly payments, the overall cost can quickly add up. For example if you paid £ 10 a month for 5 years, we would be looking for a refund of £600 plus interest which in our book is better in your pocket than the banks!

Reclaim for a mis sold PBA

How to reclaim for PPI and/or PBA

You can reclaim mis sold payment protection insurance and/or packaged bank accounts by yourself by initially contacting your bank and then, if necessarily the financial ombudsman. However, as we have particularly seen with PPI mis selling, lenders appear intent on finding any way possible to avoid repaying the true amount so it may be of real benefit to have an experienced professional handle the claim on your behalf.

That’s why we’re offering to pay for a Subject Access Request (SAR) which allows us to check all of your financial agreements to see if there are any PPI policies lurking around as well as any other financial products including packaged bank accounts.

We work on a no win no fee basis. This means you do not pay anything unless your claim is successful. We will not bill you for the SAR if your claim is unsuccessful nor will we add it to the bill at the end if it is.

The big six energy companies have withheld up to £400million in overpaid gas and electricity bills with an estimated three million households owed a share.

While energy regulator Ofgem has ordered the big six suppliers to return the money, in reality it is up to the customer to take the necessary steps to recover their money.

Up to 400,000 homes in England and Scotland could be in the wrong council tax band, meaning you are paying more than your neighbours!

Before you make a claim you’ll need to do a bit of research including checking what your neighbours are paying and how much your property is worth. This information can be found by visiting the Valuation Office Agency’s website and using Nationwide’s House Price Index Calculator.

There’s no guarantee that, even if you are in a different band to your neighbours, this is incorrect. For example if your property has been extended or has had work done to it which has significantly increased its value then this can affect the council tax band. So if you do decide to make a claim be aware of the risks – it could be the case that your neighbours are wrongly in a lower band and your claim could result in them having to pay more!

Reclaim money from Christmas past

More than 11,000 Farepak customers are yet to reclaim compensation after the Christmas saving scheme went bust back in 2006. While customers will not recover the full amount lost, they can still get a share of £1million victim pot.

In order to receive any compensation you need to have previously registered with Farepak when it collapsed and lodged a creditor complaint in 2007 with BDO. If this is the case then you’ll need to email the claimant’s and address to EAIPS.Unclaimed@insolvency.gsi.gov.uk or write to:

You can also reclaim on behalf of a person who has passed away providing they meet the above credentials. In this instance you will need to provide a copy of the death certificate and evidence that the money has been left to you.

Ear to the ground

These are just some of the ways you may have been short changed. At Everyday Legal we’re constantly on the lookout for ways in which you could be owed money and explaining the best way to go about getting it back.

To keep up to date with all the latest goings on as well as helpful information on many other everyday legal issues, sign up for free our newsletter.