Time to stop the finger pointing 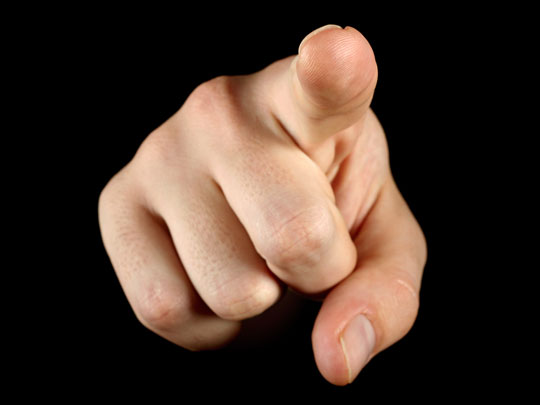 Labelled the villains of the private rental sector, landlords have supposedly been partaking in such dastardly acts as letting ‘beds in sheds’ and turfing out tenants who have the audacity to ask for repairs to be done to the property! However a new report by the Residential Landlord Association (RLA) has caused a twist in the tale, discovering that landlords are in fact reluctant to evict tenants. Rob Denman hopes these latest figures will help put an end to this unfair finger pointing:

“We have never tried to deny that there are some rogue landlords who are exploiting tenants. But what we, like the majority of landlords, have taken umbrage to is that certain critics have used this as an opportunity to typecast every single private landlords and tar them with an unfair roguish brush.

“One of the current accusations being thrown at landlords is regarding tenant eviction with critics claiming landlords are evicting tenants as a form of retaliation when they ask for repairs. However RLA figures tell a very different story.

“It’s also worth mentioning that the RLA found that just under 30 per cent regained possession of their property as they needed to sell it for personal reasons.

“What these figures indicate is what we have been saying the whole time – it’s not all good tenant / bad landlord. We are fully aware that there are a number of troublesome tenants out there renting property but, just like the number of rogue landlords, they are the minority. If they weren’t we wouldn’t put ourselves through it all!

“And while we’re putting an end to all this finger pointing, I think it’s also important to appreciate that while rent arrears is the biggest driver behind evictions, this is not always because the tenants are trying to con their landlords. We may be creeping out of the financial crisis but money remains tight and should a tenant be find themselves in the unfortunate position of redundancy then it can be quite easy to slip into arrears.

“Undoubtedly a difficult situation for both parties but even the most sympathetic landlord has to draw a line somewhere, particularly if there is a mortgage to pay on the property. This does not make them greedy, selfish or cold hearted.

“This survey shows that the majority of landlords only look to evict tenants when they really need to so isn’t it time to give them a break?”

Rob Denman is a solicitor and Head of GW LET (Landlord Empowerment Team), specialising in such landlord legal issues as rent arrears, tenant eviction and tenancy deposit disputes. In his spare time Rob enjoys watching football and running and has recently completed his second half marathon.