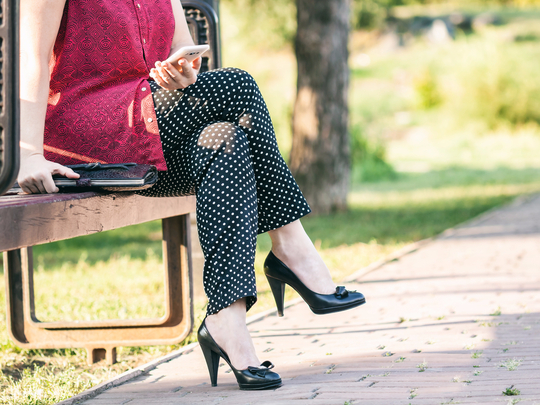 Is it against the law to force women to wear high heels to work? Yes. No. Well...maybe. Kind of. Workplace regulations regarding gender-specific footwear are vague both in the UK and across the globe. The practice, which is considered sexist and even dangerous by many, is currently a hotly debated topic. In fact, one province in Canada has even vowed to outlaw such workplace dress codes. Does the UK law properly protect women at work when it comes to how they dress? We investigate...


There has been a further global development in the debate surrounding women’s dress code in the workplace. Under vague workplace laws in most countries across the globe, women can be forced to adhere to gender-based dress codes such as wearing high heels.

However, some female employees in Canada may no longer be required to wear high heels at work if they choose not. British Columbia Premier Christy Clark says her government will move to scrap the dress code requirement in the Canadian province.

In Canada, much of the debate around dress codes for female employees has centred around the restaurant industry, where critics have said gender-specific dress codes are too common and based on stereotypes or sexist ideas of how a woman should dress. However, women who work in retail and corporate environments are also affected by the out-dated regulation, which too exists in the UK.


Mandatory high heel dress codes were recently debated by MPs in the UK.


In the UK, high-heel dress code policies have been in the headlines since a London receptionist was sent home from work in December 2015 for not wearing high heels at the accountancy firm PwC.

Nicola Thorp subsequently launched a petition asking that dress code laws be changed so women have the option to wear flat formal shoes in the workplace. It received over 152,000 signatures.

The UK Parliament debated the issue on 6 March – during which MPs claimed to be shocked my many anecdotes of women being forced to dye their hair blonde, wear revealing clothing and constantly re-apply makeup in the workplace – and the UK government has said the dress code imposed on Ms Thorp was unlawful.

The firm that sent Ms Thorpe home in 2015 has also changed its policies*.


Does the law protect women workers?


A House of Commons report found that requirements to wear high heels remain widespread across the UK.

It is argued that laws in the UK are too vague and do not adequately protect women from workplace discrimination in this regard.

The law does not expect employers to dress codes such as high heels into account while calculating health and safety risks, it has been asserted.

MPs also expressed concern that the Equality Act remains unclear over requirements by some employers to wear makeup. Current laws also mean that women employees have to prove that they received “less favourable” treatment by a dress requirement. This has put off many from launching a claim of discrimination, MPs said.

What can I do if I am being forced to dress or look a certain way because of my gender?

You can raise a grievance, either informal or formal, with your employer about your concerns.

If this doesn’t work or you wish to take the matter further, it could be possible to raise a complaint of unlawful discrimination in an employment tribunal.

First though, you would need to try and resolve the matter through the Advisory, Conciliation and Arbitration Service.

If an employee is successful in a claim of unlawful discrimination, compensation will be given based on injury to feelings, if a complainant could prove this.


**Here is an excerpt from the code Portico was enforcing, to give you an idea of the type of dress codes that have been in place in the UK:

Makeup worn at all times and regularly reapplied, with a minimum of:

• No makeup at all (unless for medical reasons).

Heel height normally a minimum of 2 inches and maximum of 4 inches, unless otherwise agreed by the company.

• Tights no more than 15/20 denier. Black or brown may be worn for darker skin tones and natural/tan for lighter skin tones.

• Well-manicured hands and nails with tips no longer than half an inch.