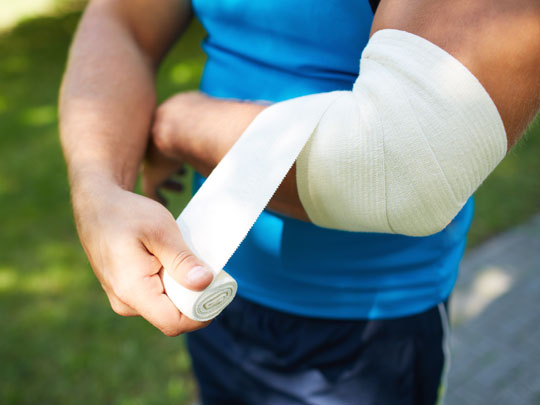 The number of people making a personal injury claim has fallen 4 per cent in the last year, with the majority of accident victims under the belief their injuries did not warrant compensation.

The personal injury industry has undergone significant changes in the last 16 months in a bid to reduce the number of fraudulent claims being made. However, in light of these figures, have these changes simply fuelled the negative connotations associated with accident claims, leaving genuine victims feeling uncomfortable about claiming compensation?

“As an experienced firm of personal injury solicitors, we have always supported the overarching aims of the reforms – to rid the industry of fraudulent accident claims. That said we have been a more than a little sceptical about some of the methods involved.

“Our primary concern was that genuine accident victims would be deterred from making a claim and it would now appear these fears were well founded given the dip in claims and the reasons behind it.

“According to figures the main reason accident victims do not make a claim is because they do not believe their ailment was bad enough to warrant compensation. Does this sound like the reasoning of a rogue claimant?

“Of course some injuries are considerably more serious than others but this is why we have the judicial college guidelines, to aid compensation assessment that is equivalent to the injuries sustained. We should also remember there are many cases where injuries and symptoms are often not immediately apparent.

“But it is the second most common reason that particularly worries me.

“In this so called ‘compensation culture’ in which we live in, over a fifth of people don’t believe in claiming compensation – period! While no comparative figures pre changes have been released I can’t help but think this number has probably increased; by making the process more complicated, by shining a spotlight on claims and tarring all accident victims with the same brush, the perception of those who claim is exacerbated therefore prompting people – those with a genuine claim - to distance themselves from it.

“The fall in claims may appear to suggest the reforms are working but, dig a little deeper, I wonder at what cost?”