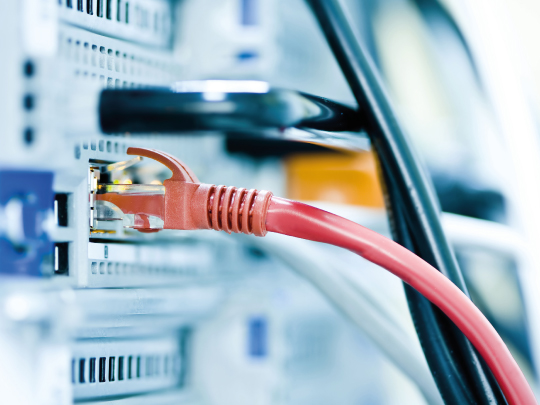 Ofcom (the broadband industry’s watchdog) has announced new rules to help subscribers to leave providers whose broadband speeds are too slow. Previously, once the first three months of a deal had passed then subscribers could find themselves locked in to their deal and only able to exit if they paid a penalty fee.

Under the new rules subscribers will be able to quit their deals at any point if certain conditions are met. In future the regulator will require providers to give better information to subscribers about the speeds that they should realistically achieve.

These new rules apply to internet service providers (ISPs) using digital subscriber line (DSL) technology. Therefore BT, EE, Sky and Talk Talk are all affected. Under these new rules, when a customer signs up the ISP must give a range of speeds that the customer can expect. In addition the ISP must also give the minimum guaranteed access line speed (MGALS). The MGALS is the fastest download speed delivered to the slowest 10% of customers on a similar service.

Under the revised Ofcom Code of Practice if a subscriber isn’t experiencing the speeds they’d expected to receive they should first take up the matter with their ISP. The code requires that the ISPs have trustworthy systems to find the cause of the speed problem and take steps to fix anything that’s within their control. They should also explain to customers if they need to do something themselves to overcome the problem.

ISPs using technology that means that customers may not get the maximum speed advertised will be required to release customers from their contract at any time if their speed falls below the MGALS and the problems cannot be resolved. Previously subscribers could only exit their broadband contract without penalty within 90 days of its start if the service to their home fell below the MGALS.

Ofcom can fine companies if they break the rules. However in the first instance if a subscriber has a complaint this should be directed to the Communications and Internet Services Adjudication Scheme (CISAS) or the Ombudsman Services.

The Ofcom Code of Practice

There are further principles of the Ofcom Code in addition to that about broadband speeds.

The first is that ISPs agree to provide full training on implementing the Code not just to their own staff but also to any agents. Secondly ISPs must explain the maximum speed subscribers might get if they aren’t going to get the maximum advertised speed. They should provide a ‘line checker’ on their website to show the maximum speed the subscriber might get. No subscriber should need to disclose their financial details or pay until they’ve been told their maximum speed. The information on speed must be either provided in writing or within the My account section of their website.

The ISPs must explain clearly how the broadband speed might be slowed down and make subscribers aware of any ‘fair use’ or ‘traffic management’ policies and deal sensitively with any vulnerable customers. ISPs must do everything they can to ensure that the information displayed on their line checkers is up to date and accurate. ISPs must detail any ‘fair use’ or ‘traffic management’ policies within their website, explaining the rules clearly to subscribers when they sign up to the service.

Ofcom carries out mystery shopping to ensure that ISPs are complying with the Code. You can check if your ISP has signed up to the Code at www.ofcom.org.uk.