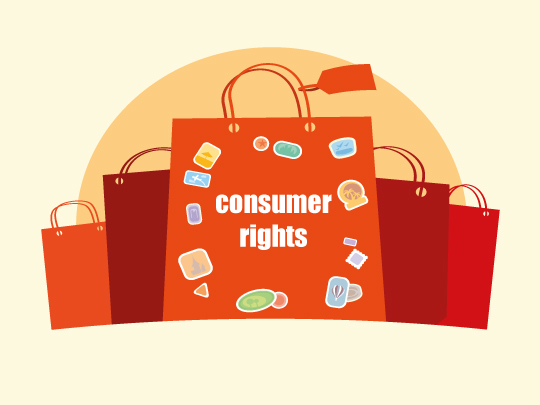 A new Consumer Ombudsman is being launched to fight for the rights of unhappy customers. The forum will resolve all consumer related retail complaints and it’s anticipated its main focus will be home-maintenance related complaints, second hand car sales and car repairs. Everyday Legal investigates this new, free service giving you all the information you’ll need to take action if you’ve got a consumer complaint.

What will this new service cover?

Who will run this new service?

The Consumer Ombudsman service will be run by the Ombudsman Services which was set up 12 years ago and already handles complaints against mobile phone companies and energy companies as well as any issues regarding property or copyright licensing. The Ombudsman Service has already helped more than 1.3 million people. Latest data from the ombudsman’s Consumer Action Monitor shows that there were around 66 million complaints about products and services last year and of those around 40 million remained unresolved in the year with many consumers ‘giving up’ on pursuing their gripe assuming that it won’t be worth the hassle.

Does this new Consumer Ombudsman have ‘teeth’?

Decisions made by the Consumer Ombudsman will be legally binding on the companies concerned meaning that it can force firms to refund, compensate or apologise to a customer, however this is only where the company has signed up to the voluntary scheme. Whilst the decisions are legally binding on the retailer or service provider they aren’t on the consumer. This means that, if you’re unhappy with the proposed resolution you can still take your complaint to court.

Can I raise a complaint that happened in the past?

The Consumer Ombudsman will take on all complaints about goods and services bought after 1 January 2015. From now on complaints can be raised for up to six years (five in Scotland) EXCEPT if the trader said verbally or in writing that it won’t take any further action on the complaint – in which case you have one year from the date you were told this to take your complaint to the Consumer Ombudsman.

How do I complain through the Consumer Ombudsman?

Before you complain to the ombudsman you should complain to the company and give them a ‘reasonable amount of time’ to resolve your complaint themselves. If that’s unsatisfactory you can then submit your complaint via www.consumer-ombudsman.org. You can also upload documents to support your complaint. If it’s more convenient you can call 0333 300 1620 or write to Consumer Ombudsman, PO Box 1263, Warrington WA4 9RE.

What will the Consumer Ombudsman do?

The Consumer Ombudsman will negotiate on your behalf with the company and adjudicate on the matter. If the ombudsman finds in the consumers favour then it can demand an apology, an explanation and a financial award.

Companies are expected to carry out the ombudsman’s decision within 28 days, but its decisions are only legally binding on companies that are signed up to it.

Consumers can reject the ombudsman’s decision and take action either by approaching the company directly or taking a case to the small claims court (where there will be a fee).