Man lies about car accident, forced to pay more than £20K to court 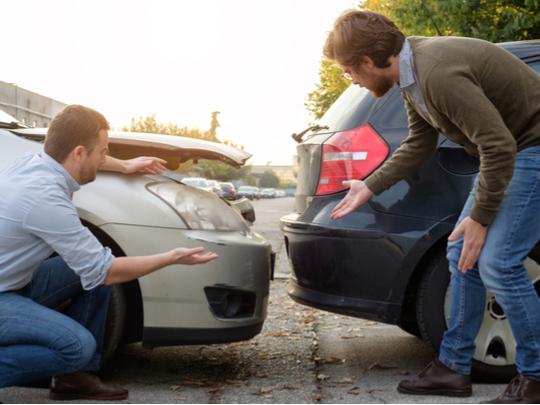 Lying about your personal injury can end up costing you big, a recent High Court case has confirmed.

In UK Insurance v Gentry, an insurance company pursued Stuart Gentry through a four-and-a-half year litigation battle after becoming suspicious of his claim for compensation.

Mr Gentry claimed that he had been involved in a road traffic accident, his car having been hit by another driver that he did not know. He claimed for damages of up to £100,000 (including ofer £55,000 of hire charges) against the other driver Mr Miller, following the supposed accident on a Hampshire Road in March 2013.

Mr Miller had referred to Gentry as the ‘bloke I hit’, reinforcing the idea that the pair didn’t know each other, yet admitted they had become acquainted during the case proceedings.

Investigations by UK Insurance, however, revealed Mr Gentry and Mr Miller were connected on Facebook, LinkedIn and Experian searches and had took part in running events together - the most recent being just a day before the purported collision.

It was confirmed that the two men were in fact friends, prior to the accident.

The judge described self-represented Gentry as a ‘bold liar’ who had even used Miller’s experience of losing a son as an explanation for the pair becoming friends after the collision.

The insurer’s claim against him was worth £226,458 – that sum being the total ordered to be paid to Gentry by various courts.  Those sums had not actually been paid as the orders had been stayed pending the High Court ruling. The court ordered that Gentry repay the £19,179 damages he has already received, together with interest and costs (which were likely to be significant).

The case of UK Insurance v Gentry goes to yet again reinforce how important it is to be truthful in the face of the law.

If you are involved in an accident that wasn’t wholly your fault and want to claim compensation, if you lie about any part of the claim, you could end up paying a hefty fee and not receiving any compensation at all even for your genuine losses/injuries.