Is this an Alzheimer’s breakthrough? 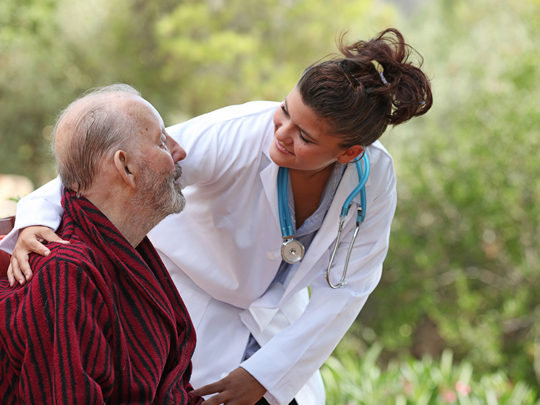 American research, using mice, has revealed a possible cause of Alzheimer’s disease. The research showed that in those mice with the Alzheimer’s disease, immune cells that usually protect the brain begin to consume a nutrient called arginine abnormally. If this process was blocked then memory loss and the build-up of brain plaques associated with Alzheimer’s disease were prevented.

Some researchers have reacted with surprise to these findings, particularly as they contradict current thinking on the disease. It was previously thought that the brain releases molecules which increase the immune system and thereby damaging the brain. This research however shows that the disease is linked to a suppression of the immune system.

Another area of great interest to the scientific community is that a drug currently being trialled to treat cancer could be used to prevent Alzheimer’s disease. The drug – difluoromethylornithine (DFMO) has been found to block the abnormal consumption of arginine in mice. Those affected mice treated with this drug performed better in memory tests.

The research now opens the way for further studies and one area is of particular interest – looking at whether targeting arginine metabolism in the brain can reduce the death of brain cells.

“This ground-breaking research has been hailed by scientists and charities alike for the impact it could have on a disease that costs the UK economy more than £26bn each year. However this finding will have an effect in the future. In the here and now there are countless elderly people suffering from Alzheimer’s and dementia, in residential care homes funding themselves when they could have funding from the Clinical Commissioning Group (CCG) because they are in nursing care due to a primary health need.

“So many people don’t realise that care home fees when due to a primary health need are funded by the CCG regardless of earnings, savings or assets. Until a cure is found and treatment is available, for many Alzheimer’s and dementia sufferers good nursing care is actually their greatest hope.”