HOW TO: Claim compensation for your season rail ticket purchased on a credit card 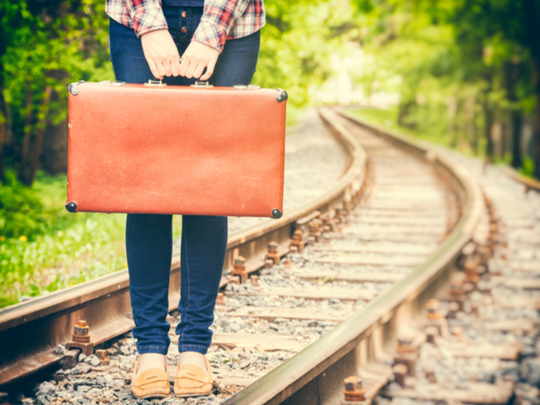 Frustrated commuters, rejoice! Those who have purchased season rail tickets on their credit cards may now be able to claim back the money spent, if done so on a credit card. It's all thanks to a lesser-known part of consumer law, Section 75 of the Consumer Credit Act. We explain how you can claim...

Commuters in the news

The morale of frustrated commuters across the country has been given a boost, with one man receiving a refund from his credit card company of more than £2000 due to poor rail service.

A consumer by the name of Sean has used a little-known piece of consumer law (section 75 of the Consumer Credit Act) to claim the cash back. He says his Southern Rail season ticket was “unsatisfactory” due to regular delays and cancellations - affecting more than 50 per cent of his train journeys.

In total, American Express awarded him £2,400 in compensation.


What is Section 75 of the Consumer Credit Act?


If you buy goods or services on your credit or debit card, you could have extra protection if things go wrong. This is because Section 75 gives you rights to claim against your provider.

Under section 75, all credit providers are liable along with the company that offers faulty goods or services. It also applies to foreign transactions as well as goods bought online, by telephone or mail order for delivery to the UK from overseas.

Following the aforementioned Southern Rail and American Express case, experts are suggesting there could be greater potential for consumers to have their rights protected when purchasing public transport journey that don’t turn out as planned.

This act only prefers to credit cards, not debit cards.

The goods and/or services must have cost over £100 and no more than £30,000. You don’t need to have paid your purchase off to make a claim (it’s about the value of the goods, not the amount paid on the card).


You should get in touch with your credit card provider to make such a claim.

If your credit card provider doesn’t accept that you have a claim and refuses to pay, you should ask for a ‘letter for deadlock’ (if it has been less than eight weeks since you lodged your claim, after which you no longer require a letter) and then refer the issue to the Financial Ombudsman Service (FOS).

To make a claim, you need to contact your credit card company (you can still claim on an account that's closed) not Visa, Mastercard, or Amex. So if you've got a HSBC Mastercard, you claim from HSBC, not Mastercard.


Why should I make a claim to my credit card provider, not the retailer?


Credit card companies have deeper pockets than small firms, for instance, so it could save you time and hassle.


Will my rights as a rail consumer change now?


The aforementioned case is certainly a positive step forward in protecting the rights of the consumer and sets a strong precedent!

If you have been affected by train cancellations or delays and hold a season ticket you’ve paid for via credit card, it is certainly worth enquiring about.