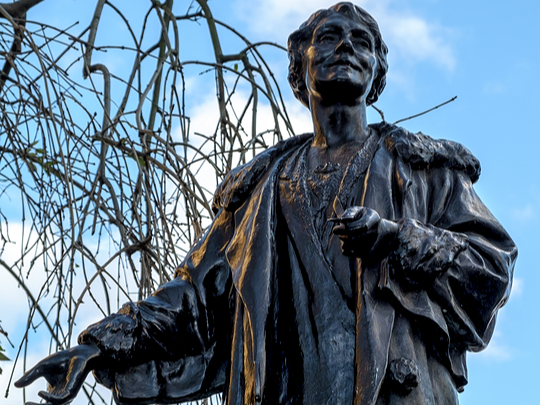 Goldsmith Williams Solicitors today celebrates its wealth of talented female staff members, to commemorate an important date in the history of women in law.

On this day in 1904, British suffragette leader Emmeline Pankhurst made her famous speech in Manchester about being refused admission to the Bar because of her gender.

Miss Pankhurst spoke about how women in England were not even allowed to submit themselves for the preliminary examination in order to become students of the Inns of Court. There was, however, no law excluding women from becoming solicitors. Judges, she contended, simply found some way of deciding women did not hold the right.

Times have certainly changes for the legal profession. According to The Law Society, as of 31 July 2015, 61% of qualified solicitors (on the roll) were female.

As for those studying law during this time, more than 67% were female.

“For 30 years, our firm has been built on one basis –its talented pool of staff. From our dynamic lawyers who successfully win cases every week to our dedicated IT personnel designing some of the most innovative case management tools in the country, our team has remained consistently strong. Good people lead to good business.

“Our hiring policy has always been based on competency, it just so happens that the majority of our staff is also female!”

The women of GW Solicitors:

• 17 qualified solicitors – 9 female, 2 female trainees to qualify at the beginning of next year