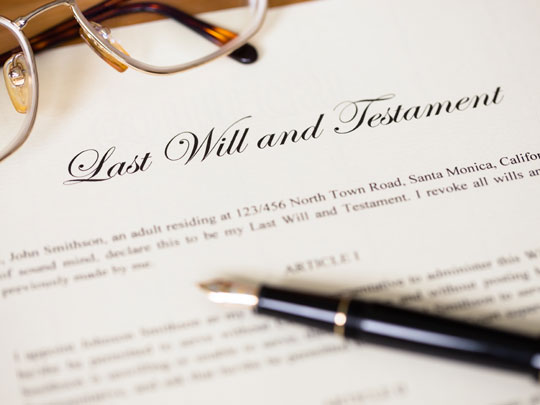 A woman who formally disowned her mother has forfeited her right to make a claim on her estate, the England and Wales High Court has ruled.

It is reported, Patricia Wright wrote to her mother, Mary Waters, after a serious falling out, formally disowning her and stating she wished have no further communication with her. She also wished her dead.

Despite these harsh words, Wright went on to make two claims on her mother’s £138,000 estate, which was left in its entirety to her brother being Mary’s son David, after she passed away in 2011.

One claim was a Proprietary Estoppel Claim where Wright alleged her parents, both shopkeepers, had promised her an inheritance after she worked unpaid in their shops as a young woman. The other claim was for Reasonable Provision under the Inheritance (Provision for Family and Dependents) Act 1975. Wright asserted that, due to serious ill health, she is now in need of money.

In both cases the judge rejected the claims; there was no enough evidence to support the Proprietary Estoppel Claim. In order to reach a decision on the claim for Reasonable Provision, the judge took into account an incident which saw Mary send her daughter £10,000 to invest on her behalf in 1998. Patricia refused to return the money, insisting it was a gift.

As a result, in her letter of wishes Mary stated ‘my daughter has already taken without my consent GBP10,000 of my savings’, something her son and executor, David, contended. The judge agreed:

“My value judgement is that Patricia Wright’s conduct outweighs all of the factors in her favour. […] It was objectively reasonable on the facts as known to me today for the Will made by Mary Waters on 27 January 2009 to make no provision for Patricia Wright. It follows that the claim under the 1975 Act fails.”