Couple binge on 109 drinks while ‘sick’ on holiday, as operators crack down on false compensation claims 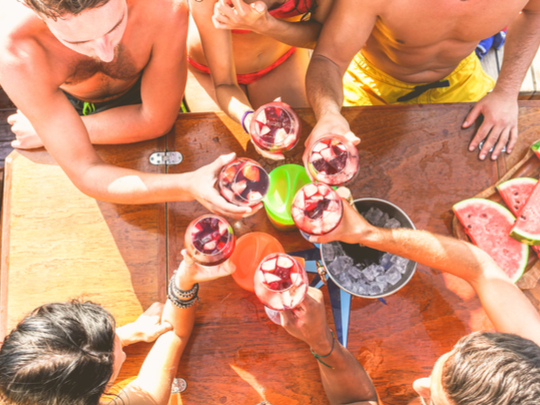 The case study – A suspicious illness in Gran Canaria

A Liverpool couple seeking compensation due to holiday sickness actually ordered 109 drinks during their 9-day trip, it has emerged.

The tourists claimed they were “bed-ridden” by “acute illness” during a Jet2holidays package trip to Gran Canaria in 2015.

However, both the travel company and four-star hotel Gloria Palace said they had heard no complaints from the pair during or immediately after the stay. Indeed, during the course of the investigation it was found that during the supposed “illness” period, the couple had treated themselves to spirits, including shots, at the hotel’s bar.

The trend - Claims on the rise

There has been a significant increase in claims involving stomach illnesses in recent years.

In Spain alone it is estimated to cost resorts more than £50 million annually, while tour operators in Mallorca have estimated that claims involving stomach illnesses increased by 700 per cent in the past year.

The Association of British Travel Agents (ABTA) this week directed people to lobby their MP directly to ask for costs reform to stem the flow of cases. ABTA claims there has been a 500% increase in compensation claims for holiday sickness since 2013, with hoteliers in Spain and Turkey now threatening to ban British holiday-makers altogether. The body says the situation has reached a 'critical point' where inaction will lead to rising costs and arestricted choice of holiday packages.

The typical payout for a sickness claim is somewhere between £1,000 and £2,000, which is above the threshold for it to be considered a small claim (that threshold is £1,000).

Could I go to prison for making a holiday sickness claim?

Lawyers in Spain have warned British tourists they are being misled if anyone tells them there are no legal consequences to making an exaggerated/bogus claim.

Majorca has launched a criminal probe into the matter, even threatening that British tourists could go to prison for making false holiday illness claims!

While it is unlikely you will be imprisoned in Europe for making a holiday sickness claim, you may make it harder for all British tourists to get cheap deals going forward (if your claim is untrue).

What the solicitor says

“Personal injury laws are in place for a very valid reason – if you are injured or fall ill due to someone else’s negligence, you have a right by law to claim compensation for your losses. Those loses could come in the form of pain, suffering, missing time off work or even not being able to enjoy the holiday you saved up and paid for. These laws give us the access to justice our democratic society demands.

“If your hotel’s food has made you ill, they are at fault for causing your illness, so why shouldn’t you be compensated, especially if it has ruined your holiday?

“However, making a false claim cannot be justified and should not be tolerated. It is fraudulent behaviour. It discredits those making genuine claims and makes it harder for them to get access to justice as insurers become more suspicious and sceptical. It also casts a dark shadow over compensation claims and could well make your future holiday more expensive.”

Before you get in touch with a solicitor about making a claim, ensure that the following points apply to you:

- Your holiday was a package holiday (travel and accommodation booked together)

- Your holiday was all-inclusive (breakfast, lunch, dinner and drinks included)