Conveyancing fraud warning – How to avoid being conned out of thousands 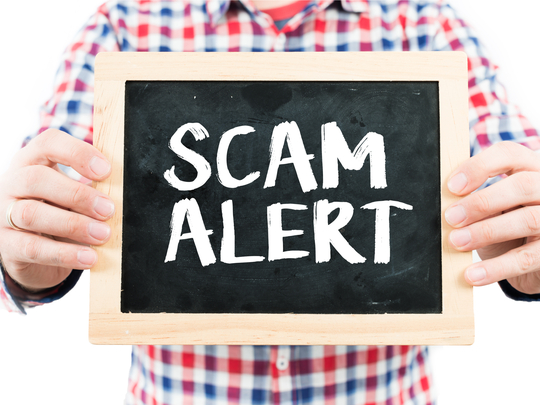 A London man has been conned out of £74,000 by a fraudster posing as a solicitor over email. The case acts as a stark reminder to both lawyers and clients about the risk of cyber fraud when purchasing a property. Howard Mollett, 40, of west London, was tricked into paying over £74,000 to a fraudster posing as his solicitor, whom he has instructed to help him purchase his first property.

HOW DID THE SCAM HAPPEN?


Mr Mollett, who works at a charity, successfully transferred a downpayment of just over £32,500 to Sethi Partnership's HSBC bank account in August last year.

On Friday September 23, the firm emailed a summary of his outstanding final costs. His outstanding balance was £119,837 for a one-bed flat in Brixton, south London, which cost £310,000. The firm insisted this needed to be in its account before completion on October 5.

He tried to make a same day transfer of £45,000 the following Thursday while working abroad in the US. However, a message appeared on his online banking that said the transfer could take up to three days to clear.

Mr Mollett could not pay off the balance in one go as he had a daily transfer limit of £50,000. However, he was anxious about missing his completion date so emailed Sethi Partnership for advice.

It was then the fraudsters pounced.

Posing as Mr Mollett's solicitor, the criminal said the firm was having issues with its HSBC account and requested the remaining funds be paid into an alternative Yorkshire Building Society account.

On Sunday Mr Mollett received another email from the bogus solicitor asking for the last £7,837 to be paid into a NatWest account as it was below £10,000.

He was told the solicitor would be in touch on Tuesday to make completion arrangements for Wednesday.

However, on Tuesday, Mr Mollett received a genuine email from the firm stating it had only received the first £45,000 payment.

It was at that moment Mr Mollett saw the cyber security alert at the bottom of the message and realised something had "gone seriously wrong".


WHO IS AT FAULT?


Mr Mollet said he was never warned about the threat of online criminals by his firm, Sethi Partnership.

The Solicitors Regulation Authority has responded claiming that solicitors are failing to warn clients about the risks of using email during property transactions, despite explicit guidelines from anti-fraud authorities and their own trade body.

In fact, first-time buyer Mr Mollett, 40, said the firm only put a "cyber crime alert" at the bottom of their emails on the day he discovered he had become a victim of conveyancing fraud.

The Solicitors Regulation Authority has made repeated warnings to firms about the threat of online attacks since February 2014.


WHAT IS CONVEYANCING FRAUD, EXACTLY?


Conveyancing fraud occurs when criminals intercept emails exchanged between homebuyers (or homesellers) and their solicitors.

The fraudsters then generate fake emails purporting to be from one of the parties, asking the other to make payments in to a new bank account.

The payments are often very large, representing deposits on properties or in some cases the entire proceeds of a property sale.

Once the money has been paid, the criminals drain the accounts.

The banks involved are frequently unhelpful and slow to act.


OUR ADVICE – HOW TO PREVENT IT


• Make sure your antivirus is up-to-date – it is hacking that fraudsters use to carry out this scam. The same goes for your law firm – check what cyber security features they have in place

• Agree a process for payment early on – for example, all parties should agree and emphasise that bank account details will only be changed if instruction is provided face-to-face, or a phone conversation takes place between known contacts

• Be weary of phone calls from people claiming to work for your solicitors’ office. Fraudsters could have read your correspondence, so have details that can be used to gain your confidence

• Above all, ensure that you enlist the assistance of a solicitor who is experienced and reputable in the area of legal services you require.

Content correct at time of publication
Show All Articles