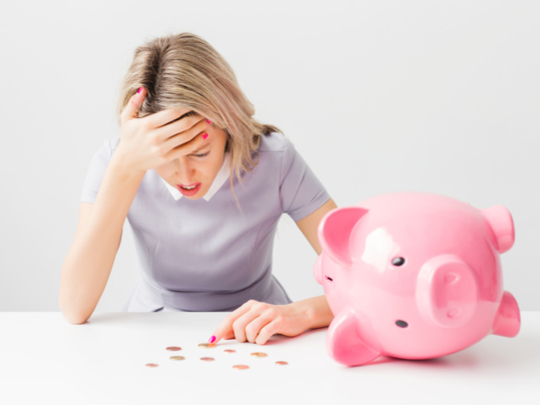 More people than ever believe they have been ripped off by payday loan providers.

According to the ombudsman, complaints about the small, high-interest loans have tripled in the last year.

What is a pay day loan?

A relatively small amount of money lent at a high rate of interest on the agreement that it will be repaid when the borrower receives their next wages.

It is a loan designed to be taken out over a short period of time, if the borrower is strapped for cash before payday, because, for example, an unexpected expense comes up.

There are fees for setting up the loan and interest is usually calculated daily. Fees and interest can quickly add up.

Why are people complaining?

Payday loans are being granted to borrowers unlawfully.

Research carried out by Citizens Advice reported that among 2,000 loans taken out with 113 lenders, in nine out of 10 cases, the borrower was not asked to provide documents to show they could afford the loan.

It is illegal to grant loans to those who cannot afford to pay them back.

How many complaints are we talking about here?

The ombudsman received 10,529 complaints between April 2016 and the end of March 2017, according to the latest FOS annual report.

This compares to just 3,216 in the previous financial year.

Almost 60% of complaints made in the past financial year were upheld.

The FOS said the reason for the steep rise in payday loan complaints was partly due to consumers having more access to credit which is fuelling a rise in debt, and consumers being more aware of their rights.

I think my payday loan was unfair. What should I do?

Typically, solicitors can help clients claim back 100% of the interest and charges you have paid on your payday loan, along with an 8% statutory interest.

You will also be able to request that all loans that are found to be unaffordable be deleted from your credit file.

The largest settlement Goldsmith Williams has helped a client reach is £8,579. The average settle is £780.

For more information, call Goldsmith Williams Solicitors on 0845 373 3737 or make an online enquiry.