Case study: How a small lie can destroy your entire personal injury case 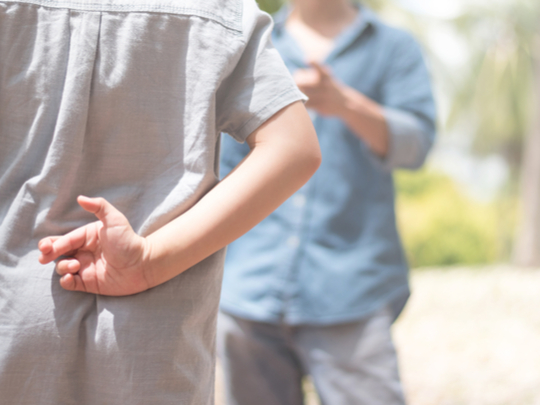 Unless you are completely honest, there’s a real risk you will not receive any compensation even if your claim is successful.

Even if you lie about just one small thing, your whole case could fail.

The case of dishonesty

That is the message made very clear in the recent appeal case, London Organising Committee of the Olympic and Paralympic Games vs. Haydn Sinfield.

Mr Sinfield had brought a personal injury claim against the committee. He had been a volunteer at the 2012 Olympic and Paralympic Games, during which he fell and broke his wrist. The injury had long-term consequences for him in terms of what he could do.

Another big expense, Mr Sinfield claimed, was the gardening costs for for his two-acre garden. Prior to the accident, Mr Sinfield and his wife looked after the garden themselves. Following his injury, he said he was forced to hire a paid gardener two to four hours each week, at the cost of £13 per hour. Going forward, he would be required to spend £13 a week to maintain the garden. That is £677.86 per year, multiplied by 13.22 for future years, producing a figure of £8961.86. The total claim for gardening was therefore £13953.31, excluding interest.

So, the majority of the compensation claimed was not in relation to the actual injury, but future gardening costs. Invoices from the gardener, Mr Price, were supplied as evidence.

The Claimant, Mr Sinfield, was soon caught in a lie.

Upon being tracked down by the Olympic committee, gardener Mr Price testified in court that these invoices were false and not written by him. Mr Price had, in fact, already been working for the Claimant and his wife, tending to their garden several hours per week at a rate of £13/hr, prior to the accident. He had done so for several years.

Mr Price said: “I do not know why Mr Sinfield says prior to his accident in September 2012 he and his wife looked after the garden themselves but following the accident he had to employ a gardener. This is just not true and I felt that it was important to provide this statement and set out the correct position.”

As such, My Sinfield had lied about this element of his claim.

On appeal at the High Court, it was decided that, as the Claimant had lied about one element of his claim, and despite others (his injury and the direct costs associated with that) being genuine, he was fundamentally dishonest. As such, he lost all entitlement to compensation and was ordered to pay the Defendant's costs.

Undoubtedly, his own solicitors will also take legal action against him for the costs they incurred, and didn’t recover because of his dishonesty.

Honesty, in absolutely all areas, is a prerequisite of making any type of personal injury claim.

If you lie, even about something small, it could very well jeopardise your entire case, and prevent you from receiving the compensation you may well deserve (and need, to deal with your injury).

At GWlegal, as experienced personal injury solicitors, it is our job to fight for client rights and to get them the compensation they deserve, should they be involved in an accident that was not their fault. However, without complete honestly from our clients, this just isn’t possible.

The case of London Organising Committee of the Olympic and Paralympic Games vs. Haydn Sinfield is a stark reminder of this!