Amazon v Netflix - Which Do You Prefer In Your Home? 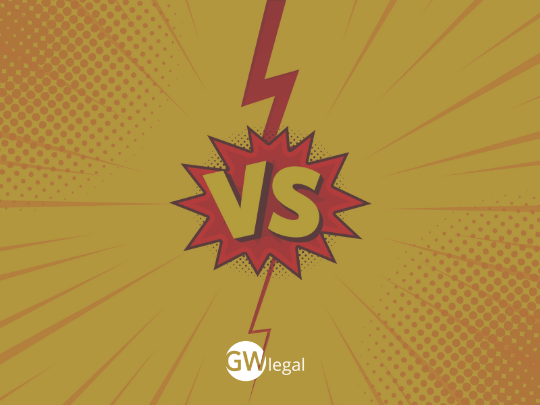 Two of the biggest companies in existence right now are battling it out - they both want residency in your home, permanently.

Movie and TV-lovers should know which two companies we are talking about here - they are, of course, Netflix and Amazon. The latter, for those who are familiar with Amazon solely as an online marketplace, offers a streaming service through its Amazon Prime subscription service. Netflix, as anyone with an Internet connection probably knows, is the world’s largest and most famous online entertainment service.

Both US giants offer very popular streaming services, enabling you to watch the latest films and shows, for fairly affordable subscription fees, on your computer or internet-enabled devices.

Naturally so, they are in complete competition with each other. As Amazon Prime began to grow, Netflix became determined to show the brains behind Prime who was boss - bringing out all the big guns. It started producing more of its own content than ever (Netflix is up for a whooping 15 Oscars including best picture and best director for its production Roma this year), added double the number of UK subscribers than its rival, and is now in almost 10-million homes, according to recent reports.

In contrast, Amazon Prime is about half the size of Netflix - with 4.9-million users, at the time of writing.

Big doesn’t always mean best, however. Let’s look at the pros and cons of each service, so you can come to a decision about which you would prefer in your home...

The big difference between Amazon Prime Video and Netflix is the additional services Prime offers, given Amazon is much more diverse enterprise. In addition to the entertainment streaming service, Amazon Prime customers can access a range of home shopping benefits such as free one-day delivery when shopping on Amazon (there are t&cs, of course), which essentially enables you to order a product in the evening and, if you’re lucky, receive it the next morning. For emergency shopping situations, Amazon Prime is a godsend. You’ll also get access to exclusive sales and deals, which is fantastic if you’re a new home owner.

As for the entertainment service itself, Amazon Prime Video is filled with great Amazon original productions, as well as programmes and films by other production houses, just like Netflix does.

Particularly popular shows include: The Marvelous Mrs Maisel; The Man in the High Castle and Bosch. Amazon Prime Video is also packed with some great picks for kids of all ages ranging from Charlotte’s Web to Paddington 1 & 2.

Another bonus is that Amazon Prime has almost five times as many movies available to view than the Netflix platform does, so the whole family will be spoilt for choice.

Netflix, in comparison, is a much more traditional entertainment service, offering a wide variety of films, television programmes, documentaries and children’s shows, many of which are produced by Netflix - but with none of the add-ons Amazon Prime customers can take advantage of.

It also has significantly less content than Amazon’s video streaming service - with around 4,000 films as opposed to Amazon’s more than 17k (these figures are based on estimates and are subject to change). However, quality and quantity are two different things - in a recent article by BGR.com it is claimed that Netflix has a massive 592 movies that are Certified Fresh on Rotten Tomatoes, whereas Prime Video has just 232. That certainly suggests that Netflix has, in general, more reliable and enjoyable content.

That’s not to mention the award-winning content Netflix has recently distributed. Critically-acclaimed Roma, for example, was nominated for 10 Academy Awards.

Other popular offerings on Netflix include: House of Cards; Orange is the new black; The Crown and Making a Murderer. New shows pop up literally every day, so TV junkies will be completely satisfied.

Which streaming service, therefore, is best for your home and your family?

We reckon that totally depends on your own situation.

If you’re an avid online shopper and big user of Amazon, Amazon Prime could be the best option for you in that it combines many services in one. Depending on your perspective, the speedy delivery and shopping discounts Amazon Prime offers could be fantastic or disastrous for those on a budget!

If entertainment and staying up-to-date with all the latest movies and TV series everybody is talking about is your main priority, Netflix could the winner.

Either way, it is important to budget any subscription service into your monthly expenses wisely (they all add up, especially if you are saving for a house deposit or have recently purchased a property of your own and have a mortgage to pay off.