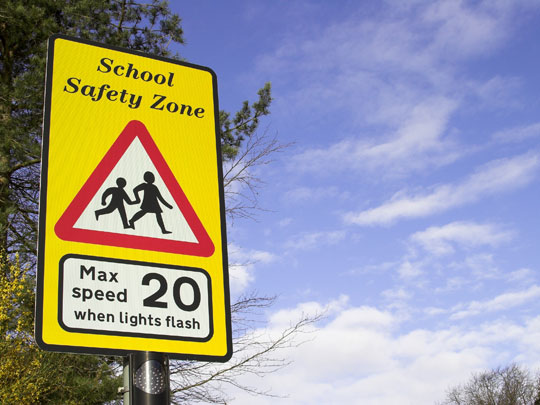 The number of road traffic accidents on roads with a 20mph speed limit has increased, figures from the Institute of Advanced Motorists (IAM) have revealed

According to the statistics, accidents resulting in serious injuries have risen by 26 per cent while crashes causing slight injuries have increased by 17 per cent.

20mph speed limits are often imposed on roads in residential areas and near schools, suggesting that many accidents could in fact have involved children.

“These figures suggest that the 20mph speed limits are being ignored by many drivers, a decision which is having severe consequences.

“A vehicle travelling at 20mph has an average stopping distance of 12 metres compared to a vehicle travelling at 30mph which takes almost twice as long to stop (23 metres). 20mph roads are typically ‘high risk’ where drivers need to be alert and able to stop quickly - we’ve all seen examples of this; a ball rolls into the road and a child runs out to collect it. Travelling at 20mph rather than 30 could be the difference between hitting that child or being able to stop in time.”